We take pride in providing customized, inclusive legal advice with compassion and empathy. Strain & Company embraces the diversity of modern families. We welcome clients from all backgrounds, including married, common law, and LGBTQ+ families.

Call us to see how we can help you. 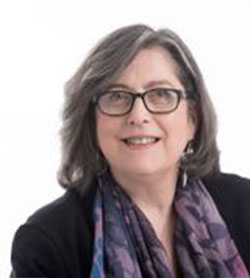 
Elisabeth A. Leith Strain was called to the bar in 1989 in Vancouver, British Columbia, after articling with Richard T. Israels Q.C.

She then moved to Nanaimo and worked for Nanaimo Crown Counsel until 1993, prosecuting a variety of crimes. She ably handled the sole conduct of precedent-setting sexual assault cases and child sexual assault cases, in addition to serving as secondary counsel on two murder cases.

During her time with the Crown Counsel office, Elisabeth also acted as Youth Court Coordinator. She was responsible for reviewing and approving files, in addition to attending remand Youth court.

It was her interest in youth that lead her to leave criminal law in 1994 and move into family law. She recognized the impact of earlier family disputes on the lives of young people who appeared in remand youth court.

She joined the firm of Johnston, Lewis and Company, where she acted as counsel for the Ministry of Children and Families; as parents' counsel in child apprehension cases; and as counsel for individuals in a wide range of family law cases.

In 1996, she left Johnston, Lewis and Company to establish her own practice, which has continued to expand. Since 2003, Elisabeth has been the senior lawyer at Strain and Company, which also includes lawyer Karla Shupe.

Elisabeth focuses on family law and ably represents individuals in custody and property disputes in court. When possible, she also advocates professional mediation as a way to achieve compromises that avoid court battles. In this regard she is a fully qualified family law mediator and has taken collaborative law training.

A parent with a strong interest in social justice, Elisabeth is an active supporter of the duty counsel and family advice clinic program offered through the Legal Services Society.

Elisabeth is also very interested in the areas of Surrogacy Law and Adoption Law. She feels passionate that there are many ways to create a family and is honoured to work with couples or individuals in their surrogacy or adoption journeys. In this area Elisabeth has worked in both domestic and international surrogacies as well as with families who are completing step parent and third party adoptions.

To speak to Elisabeth Strain about representing you in family law matter, surrogacy, adoption or as a family law mediator or notary, please contact our office at 250-753-0860. 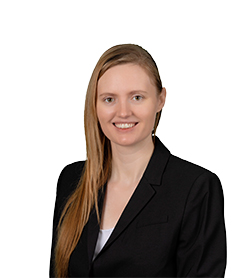 
Peggy Sue Mills was called to the bar in 2019, in Prince George, British Columbia. She completed articling in 2018 under a seasoned family law practitioner with over 40 years of experience. Peggy Sue then began working as a family lawyer throughout the northern interior region of British Columbia. She has helped clients successfully settle issues by negotiating separation agreements, coordinating parenting time, dividing property or debt, determining spousal and child support, resolving high conflict disputes through the courts, and obtaining divorce orders.

Prior to articling, Peggy Sue successfully completed four months of the Law Practice Program in Toronto, Ontario. This involved training with a team of law students and lawyers to run a virtual law firm remotely online using email, telephone meetings, and video meetings. She placed as a finalist in the 2017 Access to Justice Innovative Challenge.

Peggy Sue also gained experience working for the Elizabeth Fry Society as a family support worker helping families involved with the Ministry of Children and Family Development. From time to time, she filled in as a substitute teacher for School District 91 working with children of all ages, backgrounds and abilities.

While completing her Juris Doctorate degree at Thompson Rivers University, Peggy Sue interned for P.J. O'Driscoll & Sons Solicitors, one of the largest law firms in Ireland. She then worked as a summer law student for various departments at Heather Sadler Jenkins LLP in Prince George, BC.

Her greatest achievements as a law student include obtaining the Canadian Bar Association’s Entrance Scholarship, as well as the Dean’s Course Prize in Comparative and International Indigenous Rights Law. Peggy Sue was the original organizer and licenser for the first ever online TEDx Talk event hosted at Thompson Rivers University.

Peggy Sue’s legal career first began in 2012 while working as a summer student for the Vancouver Island Capital Regional District to enforce water bylaws. She went on to work for the Ministry of Justice's Court Services branch throughout Vancouver Island for a year and a half prior to attending law school.

In her spare time, Peggy enjoys playing music, swimming, and walking trails with her dog Berkeley. 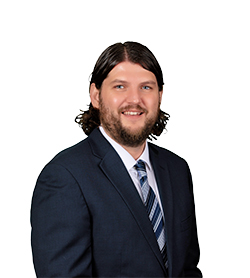 
Max T. Mihalj successfully articled in Smithers during 2018 under the senior family law practitioner Glenford Emerson Greene. From 2019 to 2020 Max practised primarily as a family law lawyer at Oliver & Co. in Williams Lake. He has conducted a diverse range of family law hearings at both the Provincial and Supreme Court levels. Max also negotiated and drafted fair separation agreements for his clients.

At Thompson Rivers University Law School in Kamloops Max began to develop his focus on family law. Family law related topics were his main area of research. He also volunteered at the TRU legal clinic, and guided clients through the divorce process.

Before law school, Max attended the University of British Columbia and received his bachelor of arts in philosophy and psychology. He successfully completed multiple courses taught by the faculty of family studies. This sort of background can be very helpful in navigating the contentious struggles sometimes involved in family cases.

Max was born in Nanaimo and has a large extended family living on Vancouver Island. He is very happy to be working so close to his childhood home!

Max is mainly a family law practitioner. He takes a flexible approach to problem solving of legal issues depending on the client’s needs. He is always seeking cost-effective solutions ranging from litigation to various forms of settlements depending on the nature of the given situation.

In his free time Max enjoys exploring nature, watching movies, and spending time with his family. 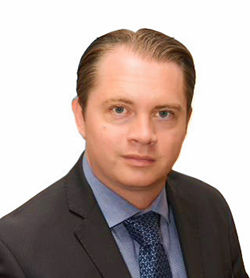 
Anthony J. Mattila was called to the bar in 2016 in Nanaimo, British Columbia, after articling at Strain & Company under Elisabeth A. Leith Strain and then stayed on as an associate.

While completing his Juris Doctorate at the University of Victoria, Anthony was a member of the co-op program where he had the opportunity to get a wide variety of legal experience, including in the areas of administrative, corporate, family and poverty law. During this time Anthony worked at the Law Society of Nunavut in Iqaluit, at Chandler and Thong-ek, a corporate firm in Bangkok, and at North Shore Community Resources in North Vancouver, BC where he worked as a legal advocate.

During his last semester of law school, Anthony worked at the Law Centre in Victoria, BC. There he assisted clients in the areas of civil, criminal, human rights and family law, including representing clients during trials and hearings. It was during his time at the Law Centre where Anthony developed a passion for family law.

Prior to law school, Anthony received a Bachelor of Arts in Psychology from Simon Fraser University, a degree that compliments the work he does as a family lawyer, providing him a keen sense of the psychological and emotional elements often at play. He went on to do research in the area of mental health, work in television production and teach English as a second language abroad prior to returning to school.

Anthony primarily provides family law services to clients. Anthony takes a multi-faceted approach including negotiation, mediation and court proceedings to get clients the best result as affordably and efficiently as possible.

When not working, Anthony is an avid traveler and enjoys writing short stories and hiking around beautiful Vancouver Island. 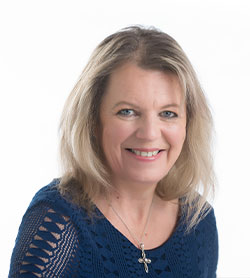 
Debby has been a paralegal/office manager for 32 years. Most of her career she has worked in the areas of family law and personal injury. Debby has a calm, helpful and supportive demeanor and patiently explains procedures to clients. Debby joined Strain & Company 3 years ago and loves working in family law at Strain & Co.

Debby is a “serial fundraiser” and is a Past Madam President of the Ladysmith Fraternal Order of Eagles. She has also run several marathons for Team Diabetes Canada including Rome, Italy, Reykjavik, Iceland and New York City. She is a past Board member of Biker’s for Autism, Past President of Harbour City BNI, Ladysmith Women’s Business Network and Ladysmith Business Builders. This part summer she completed a 671 km “Virtual Marathon” from Ladysmith BC to the Dalles, Oregon to raise funds for charity.

In her spare time she enjoys camping, gardening and walking her miniature dachshunds Tapio and Frank.


Strain & Company specializes in sensitive, compassionate family law services. Our goal is to help you through the difficult decisions required when a family separates or when intervention is necessary. We handle property resolutions, guardianship and custody disputes, adoptions, and more for all types of families: married, common law, and same sex couples. At Strain & Company, you get the right group of professionals to provide legal services in Nanaimo to solve your problem in the most efficient way possible. We all work hard to make the right choices for the people we care about, especially when it comes to legal and financial matters. We provide peace of mind and protection for you when it matters the most.

Similarly, we offer compassionate and thoughtful support for those wishing to prepare their final will, or those needing guidance to probate the estate of a loved one.


Rely on us for Legal Services in Nanaimo


Our associates are dedicated and skilled advocates with experience and skills focused on assisting persons and their families with reliable legal services. If you are considering filing for divorce you need a knowledgeable and experienced attorney. At Strain & Company, our experienced lawyers will help you take the right decisions for your family. Our goal is to make your experience with us as comfortable as possible. We provide thorough consultation to properly evaluate your case and present sound and legal advice regarding your situation. Whether our client is looking to resolve a legal issue, family law or mediation, our law firm provides clients with a helping hand. Our team of professionals work closely with all clients to ensure that their needs are catered in the best possible way. We assist you in the best possible way to ensure you get justice whatever you fighting for.

Get in touch with us if you are looking for reliable legal services in Nanaimo.

Strain & Company is a member of the Nanaimo Chamber of Commerce.